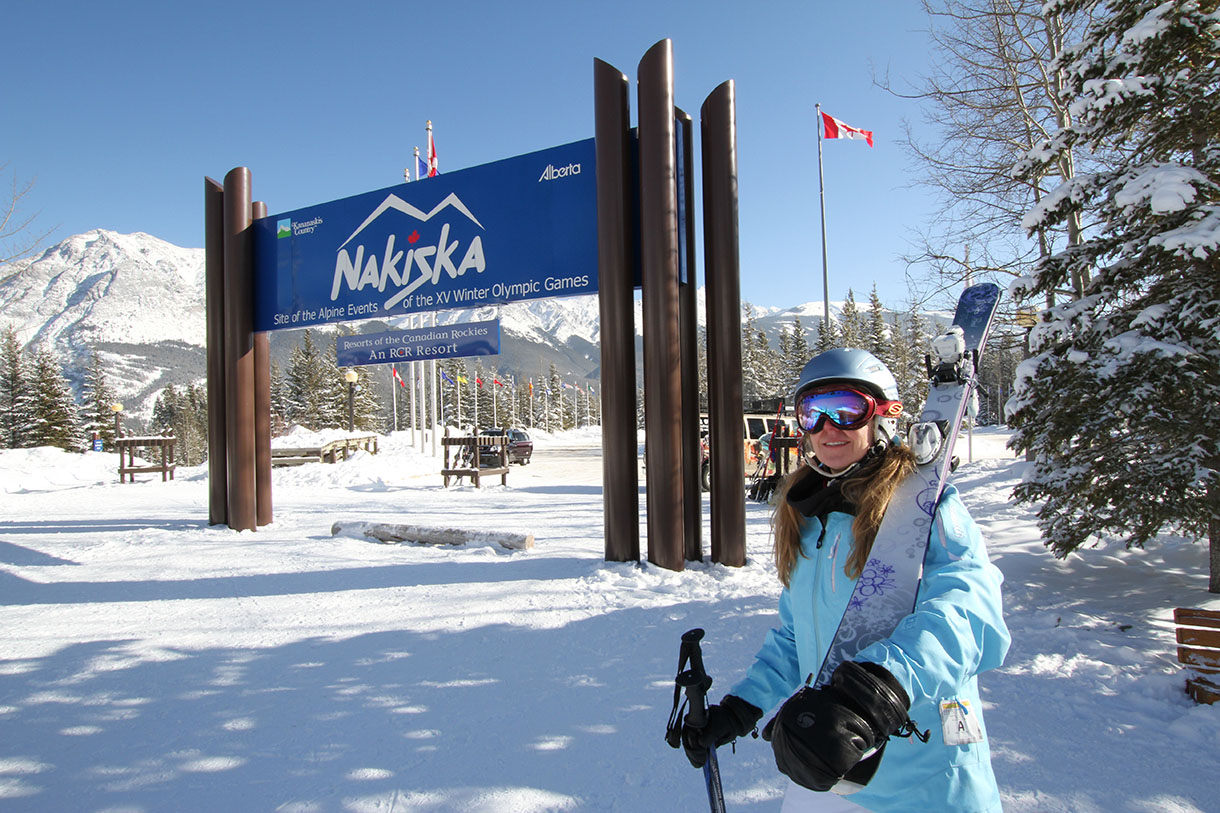 For Calgary, the 1988 Olympic ski area is the local mountain. For Europeans, Nakiska is an insider’s tip with speedy race pistes and a view as far as the Prairie.

„From the Gold Chairlift, the view sweeps over the Kananaskis Valley to cowboy country around Calgary. There are just 80 kilometers between Mount Allan and Alberta’s metropolis of millions. After landing in Calgary, however, Europeans usually head straight for Banff or Lake Louise, says Susanne.

The Hamburg native loves Nakiska. Just an hour’s drive from the booming oil city of Calgary, she enjoys the solitude of the Rockies in the Kananaskis Valley and the ski area, which is almost empty on weekdays. There’s plenty of room for speed-bolters on the wide slopes. In addition to Canada’s racing team, the girls of the German Ski Association (DSV) and Felix Neureuther have already trained in Nakiska. The conditions were optimal, and not only on the race courses, says the slalom specialist, who raves about Canada: the landscape is impressive, the people extremely relaxed and friendly, tells the Garmisch-Partenkirchener Ski Canada.

Neureuther & Co. usually train on the Legacy run to the left of the valley station, which was upgraded in 2008 with new bars and restaurants. They can no longer go all the way up to the start of the former women’s downhill. The area has been reclaimed by a herd of wild sheep. For animal protection reasons, it was subsequently closed off. The upper section of the men’s downhill is also no longer accessible.

For amateur racers, however, the shortened Olympic slopes will do just fine on Legacy, as will the gentler Mapmaker next to Monster Glades, with its off-road runs between the trees. During the week, you usually only have to share the slopes here with teams or school classes, says Max from Bonn, Germany, who worked as a ski instructor in Canada before studying law.

Only on weekends and holidays does Nakiska live up to its name. Nakiska is a word from the language of the Cree Indians and means meeting place. And indeed, on a weekend with lots of fresh snow, you can meet half of Calgary here.“

Canadians can drink beer just as fast as they can ski. On weekends, the guys from Calgary like to prove it in Nakiska. Nakiska’s après-ski hotspot is the Finish Line Lounge right at the bottom station, where all the slopes converge. Cheers!