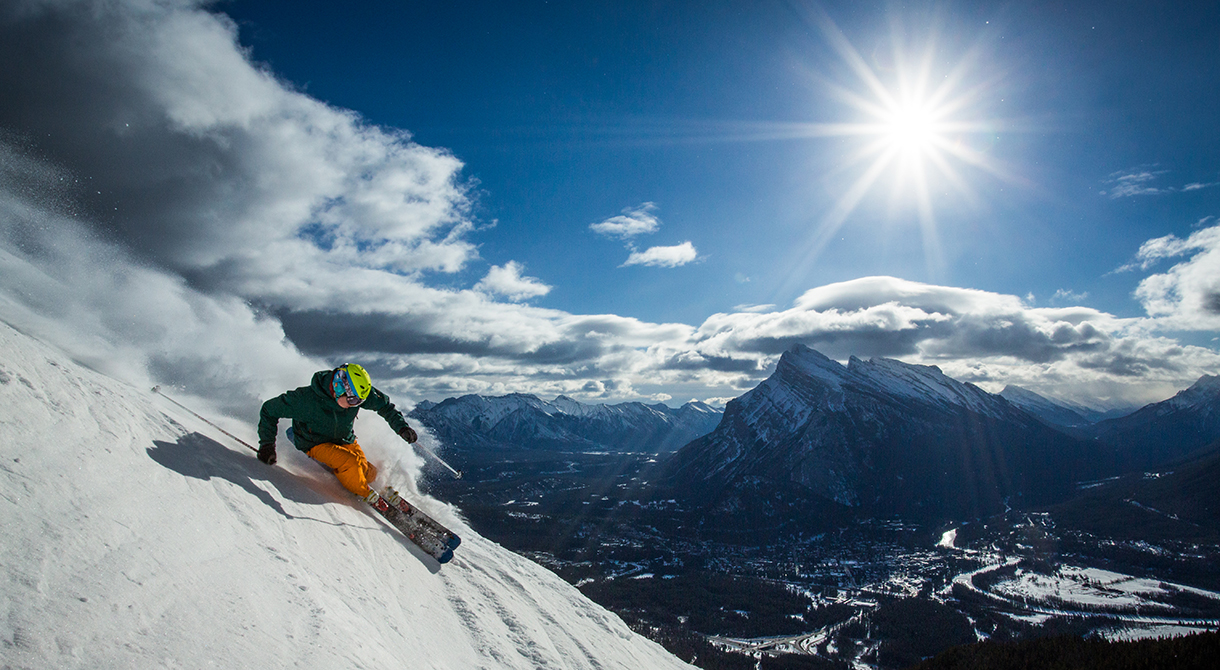 Mount Norquay: With the locals on Banff’s local mountain

Looking for a quick trip to the slopes? Just ten minutes from Banff, Norquay is the perfect place to get in some skiing with little time to spare and get ready for more adventures. But Mount Norquay is more than just a warm-up for last-minute skiers!

Skiing where Canadian beginnings were, where Canada’s skiing legends drew their first turns in the snow. Mount Norquay is the oldest ski resort in the Canadian Rockies and also the closest to the small town of Banff in Banff National Park, making it particularly easy and quick to access for a ski vacation in Canada. The first lifts have been in place since 1927 and the „“Big Chair““, as it is known by locals, one of the oldest chairlifts in North America, was installed in 1948 and still makes its rounds today. Ski races have been held on Mount Norquay since 1929, and there are still several competitions each season.

Along with Lake Louise and Sunshine Village, Norquay is the third ski area around Banff in Alberta and is easily accessible to winter sports enthusiasts from around the world: Banff is only an hour and 45 minutes from Calgary International Airport. The Norquay ski area is quite small, but varied and challenging. Whether you are a skier, snowboarder, beginner or pro; Norquay offers a challenge for all skill levels. Queues are rare. The mountain is largely owned by locals, who can be met before work, on their lunch break, or even for an after-work or after-school session.

Around the „“North American““ chairlift is the area for pros and freeriders in Norquay. The two chairlifts „“Spirit““ and „“Mystic““ are the access lifts to the intermediate area. Sporty skiers and snowboarders can let off some steam on the unprepared slopes „“Bruno’s Gully““ and „“Imp““. A highlight for boarders: a completely illuminated fun park, where beginners, advanced and pros can try their skill on lots of rails, boxes and kickers.

Norquay is above all also family-friendly. The ski area is well laid out and has a separate area for beginners. Lots of fun away from skiing is offered by the Tubepark, the longest tire run in the Rocky Mountains, which was expanded for the 2013/2014 season due to its success. Certainly also a special feature, is the annual Bruno Engler Memorial race: A retro event where locals compete with retro skis and flashy clothes.“

Lunch break on the slopes

Do as the locals do on your lunch break: Norquay is just around the corner from Banff. An hour ticket is great for getting in, even if you’re short on time.

Mount Norquay: With the locals on Banff’s local mountain