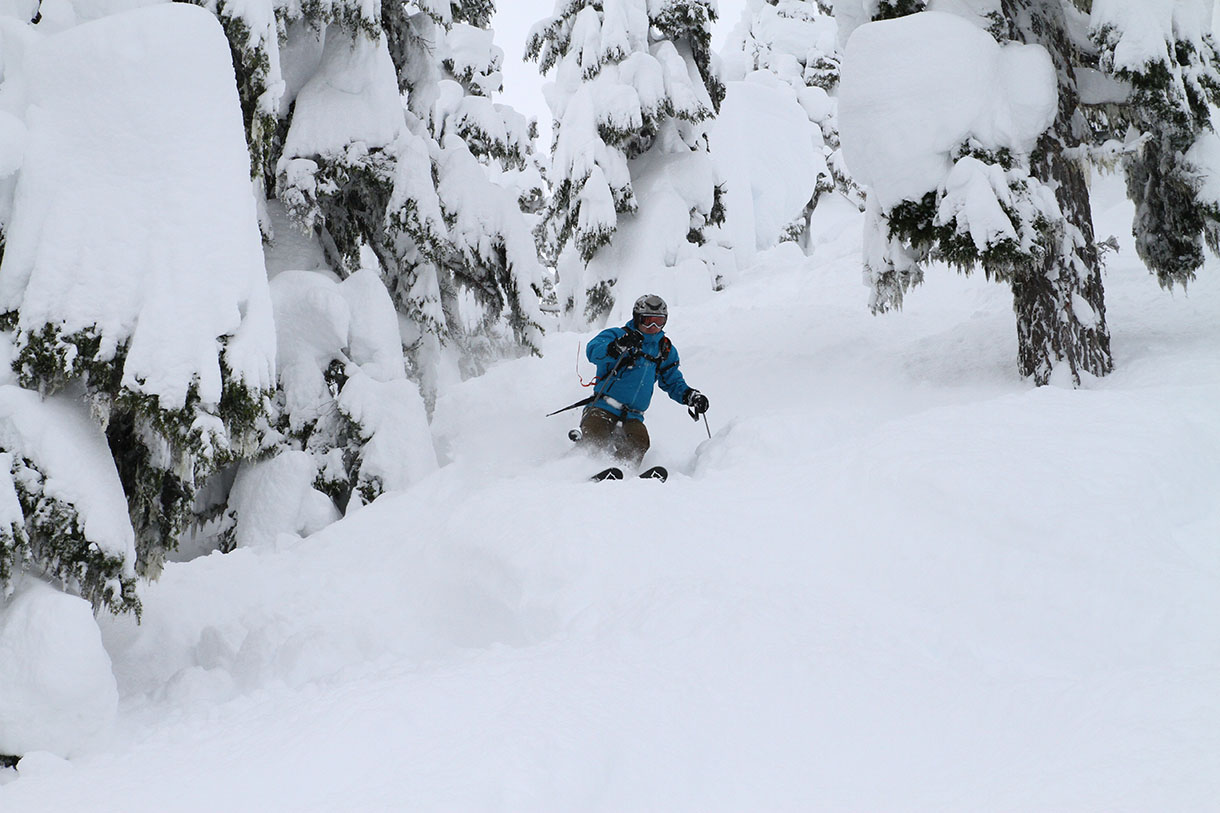 Mount Washington: the powder paradise by the sea

Golfing, hiking, kayaking, winter sports… Vancouver Island is an outdoor sports paradise. From Mount Washington, the only major ski resort on the island in BC, you have a very special view: When the weather is good, you can see the Pacific Ocean!

„Vancouver Island? When this name comes up, most people don’t think of snow at first. What a delusion! Because just a 20-minute drive from the ocean and 1,000 meters above sea level is a resort known worldwide for its deep powder. In winter, more than ten meters of the white gold fall on average. It takes just under half an hour by car or shuttle bus to drive from Courtenay to the base of Mount Washington, the largest ski area on Vancouver Island in British Columbia (BC). Often the snow there is deeper than at any other resort in BC – occasionally deeper than anywhere else in the world! The relatively mild temperatures make Vancouver Island an outdoor paradise. Even in winter, you can combine a morning of skiing with, say, a bike ride or a round of golf in the afternoon.

Mt. Washington is located 25 kilometers west of Comox Valley and 100 kilometers north of Nanaimo, where there is a ferry connection to the mainland in each case. The ski resort is a true paradise for nature lovers. Its spectacular mountain scenery is very close to the coast, with the Pacific Ocean on one side and beautiful Strathcona Park on the other. The resort is an unforgettable experience especially for freeriders. But beginners and families have also been catered for: in winter 2013, Mount Washington invested three million dollars to redesign the beginner area and install extensive Magic Carpets. The conveyors take beginners to their destination quite comfortably. This makes Mt. Washington ideal for those looking to cover their first few feet on skis and snowboards.

Half of the terrain, however, is made for experts. That’s already true of a number of runs that can be accessed from Alpine Village via the Whiskey Jack and Eagle Express chairlifts. The latter in particular serves some challenging Black Diamond runs from the highest point of the ski area. Most connoisseurs, however, are drawn further to the left. That’s where the Outback awaits. Like its fabled Australian namesake, it presents visitors with some challenges – not with sand and heat, but of course with steep slopes, narrow gorges and plenty of forest runs.

Fittingly, the Boomerang lift takes you into the adventure land for freeriders, which consists exclusively of Double Black Diamonds. This marks the most difficult runs ever in North America. Some of the slopes require a short walk from the lift, and it’s well worth it: after trudging through deep snow for a few minutes, you can pause for a moment, especially on sunny days, to take in the panorama of snow-capped peaks, wooded plains, and the sea glistening in the distance. Then it’s time for tree skiing. And that makes muscles glow so much that cooling down would be extremely welcome – luckily it’s not too far to the ocean.“

Detour to the largest spa in Canada: Sparkling Hill

After a long day of skiing, what could be better than a visit to the spa? Canada’s largest spa is just a 50-minute drive from Silver Star. It is located in the impressive luxury hotel Sparkling Hill above Lake Okanagan.

Mount Washington: the powder paradise by the sea