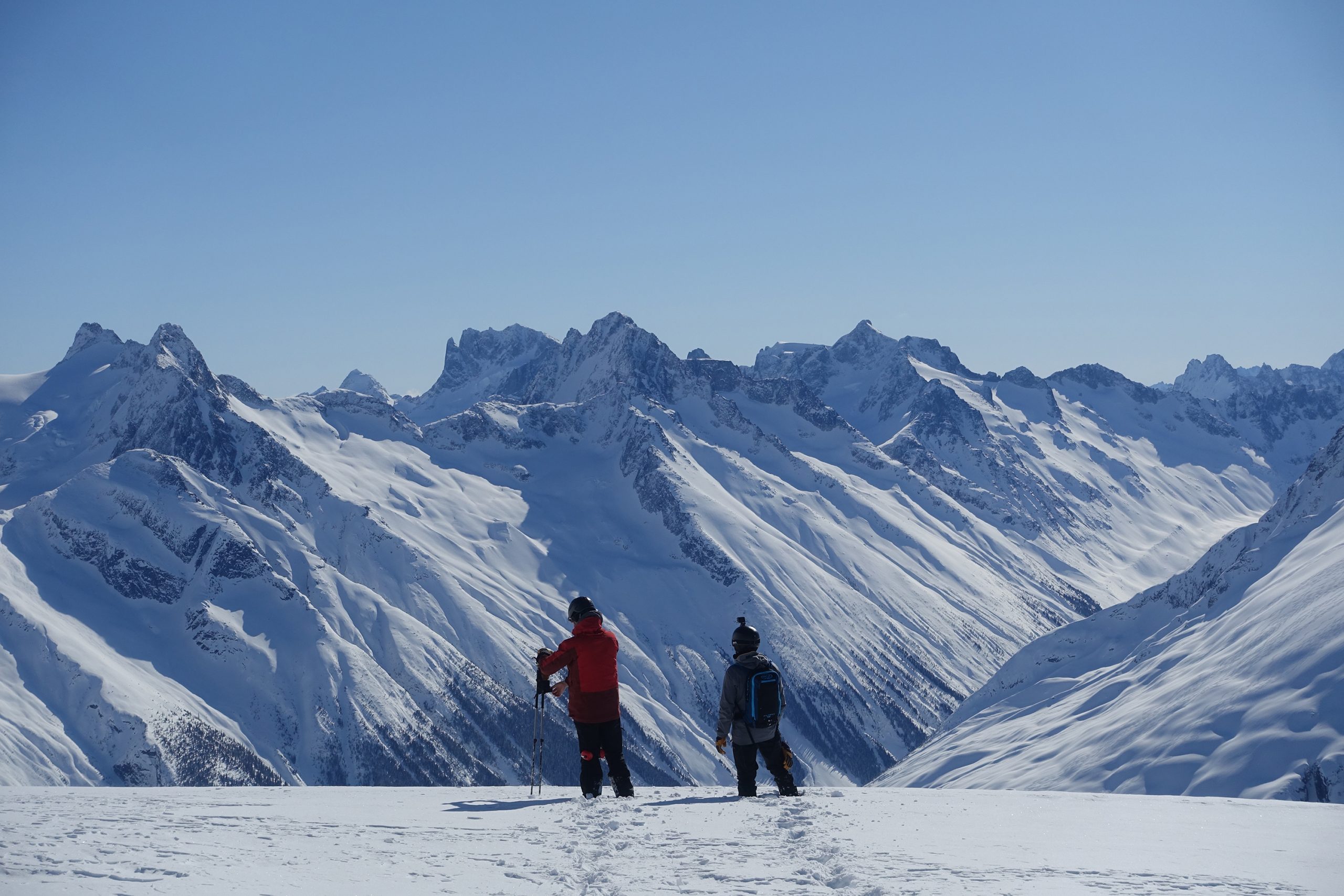 A horse ranch serves Bella Coola Heli Sports as a base for heliskiing in British Columbia. The fifth lodge of the provider grants access to little accessible and partly extreme terrain in the Coast Mountains. However, guests do not only experience a (wild) ride on skis or snowboard.

Horse hoof prints are a familiar sight on the Chilcotin Plateau, but skier and snowboarder tracks are still a novelty. It wasn’t until 2020 that Bella Coola Heli Sports opened its fifth and to date newest heliskiing base in British Columbia (BC) there, the Terra Nostra Guest Ranch. The ranch is run by Swiss expats Corinne and Christoph. Many runs accessed in the Pantheon area from the managed horse ranch are in breathtaking terrain. Some are completely untouched by freeriders until now – and first lines are therefore not uncommon.

In the gigantic area of Bella Coola Heli Sports, heliskiers and heliboarders let off steam on some of BC’s highest mountains. Thanks to the stable snow cover in the Coast Mountains, they can often still ski the most spectacular slopes, some of the long and sometimes extremely steep runs have no comparison with those in Alaska! However, skiing vacations at Terra Nostra Guest Ranch are not exclusively reserved for experts. Connoisseurs will find their happiness on extensive glaciers, where they can make relaxed turns in the soft powder.

Particularly for its exclusive small-group packages, Bella Coola Heli Sports has been named „“World’s Best Heli-Ski Operation““ several times at the World Ski Awards. At Terra Nostra Guest Ranch, they offer private heliskiing for a group of up to eight people plus two guides in a large helicopter so the group can fly together.

Unlike many other heliski companies, guests don’t have to look at altitude. Depending on the package booked, freeriders have a varying number of hours to fly spread out over their stay. Let’s get started right after arrival and the safety briefing. 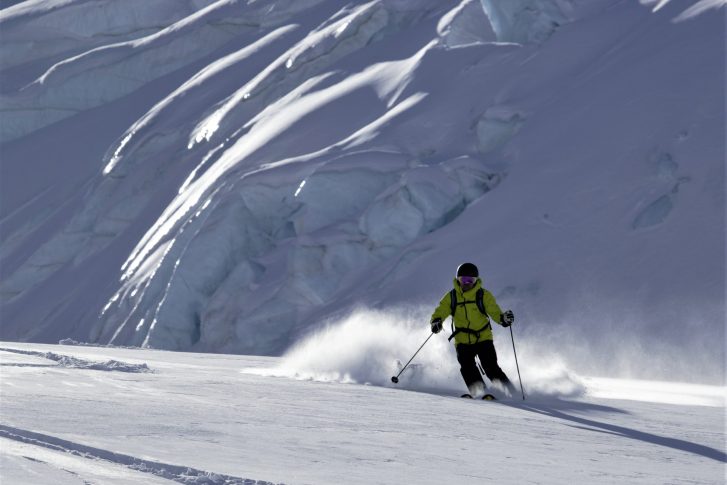 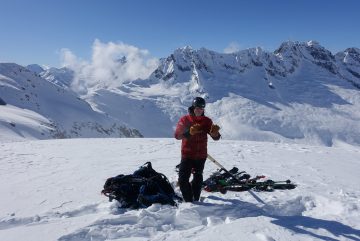 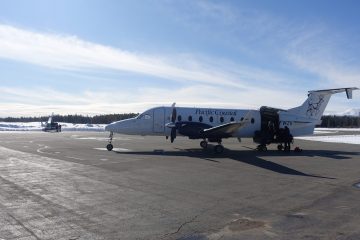 This is made possible by the fast and uncomplicated arrival from Vancouver. A charter plane takes you to Bella Coola within an hour, from there you continue by helicopter to a stopover in a beautiful lodge on a lake. There we have a quick lunch and the safety briefing – and shortly afterwards we are off into the deep snow. In the meantime, the luggage is transported to the Terra Nostra Guest Ranch, where it is moved into the four guest rooms of the wooden chalet.

From the flying lift to the back of the horses

The Terra Nostra Guest Ranch itself also provides some arguments for a trip to Bella Coola Heli Sports. The rustic horse ranch exudes cowboy charm, but has a few amenities besides, such as the cozy lounge with fireplace. After skiing, enjoy a homemade pizza prepared in the wood-burning oven. And if heliskiing alone isn’t enough to report, add a horseback ride to your ski vacation. In the saddle one explores the peacefully lying there and deeply snow-covered mountain worlds. Hardly anything else conveys such a feeling of freedom – apart, of course, from freeriding on mountain slopes on which hardly anyone has ever set foot before.“

Private Plus: for a plus of heliskiing at Bella Coola

Whoever books a Private Plus package at Bella Coola Heli Sports gets one night free. The offer is available for the beginning of the season. If you decide for six nights, you spend the seventh free of charge in the lodge. And since, if possible, you will be skiing on both the day of arrival and the day of departure, you will have up to eight heliskiing days! 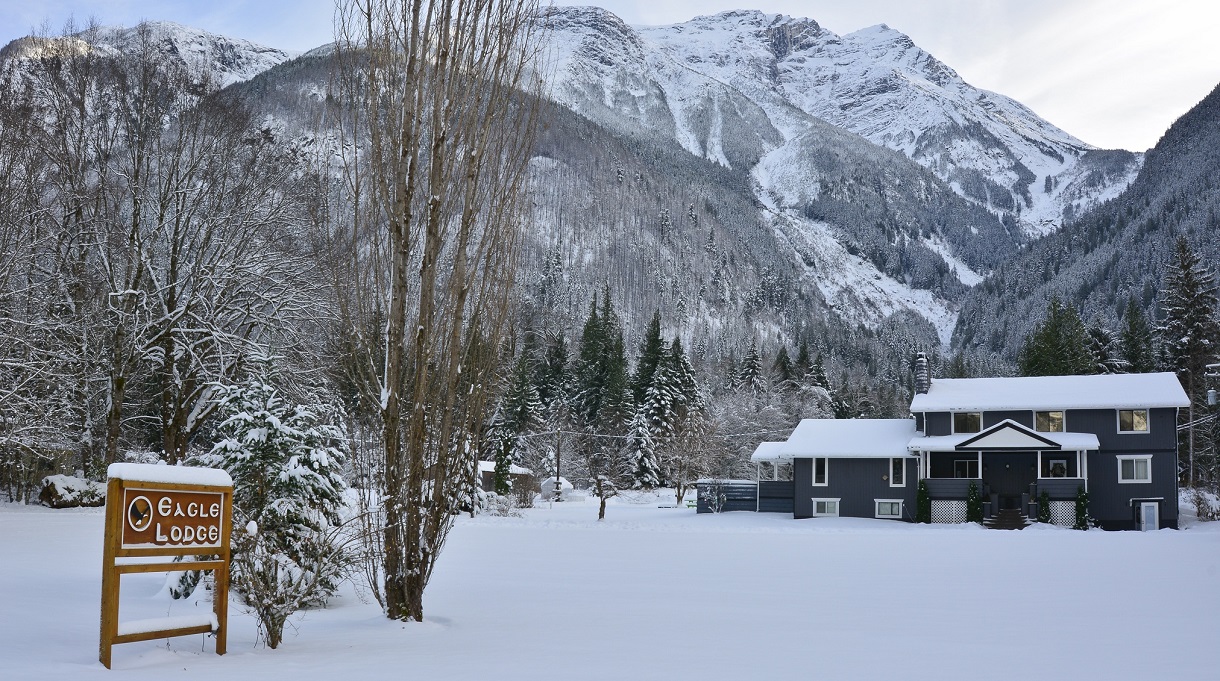 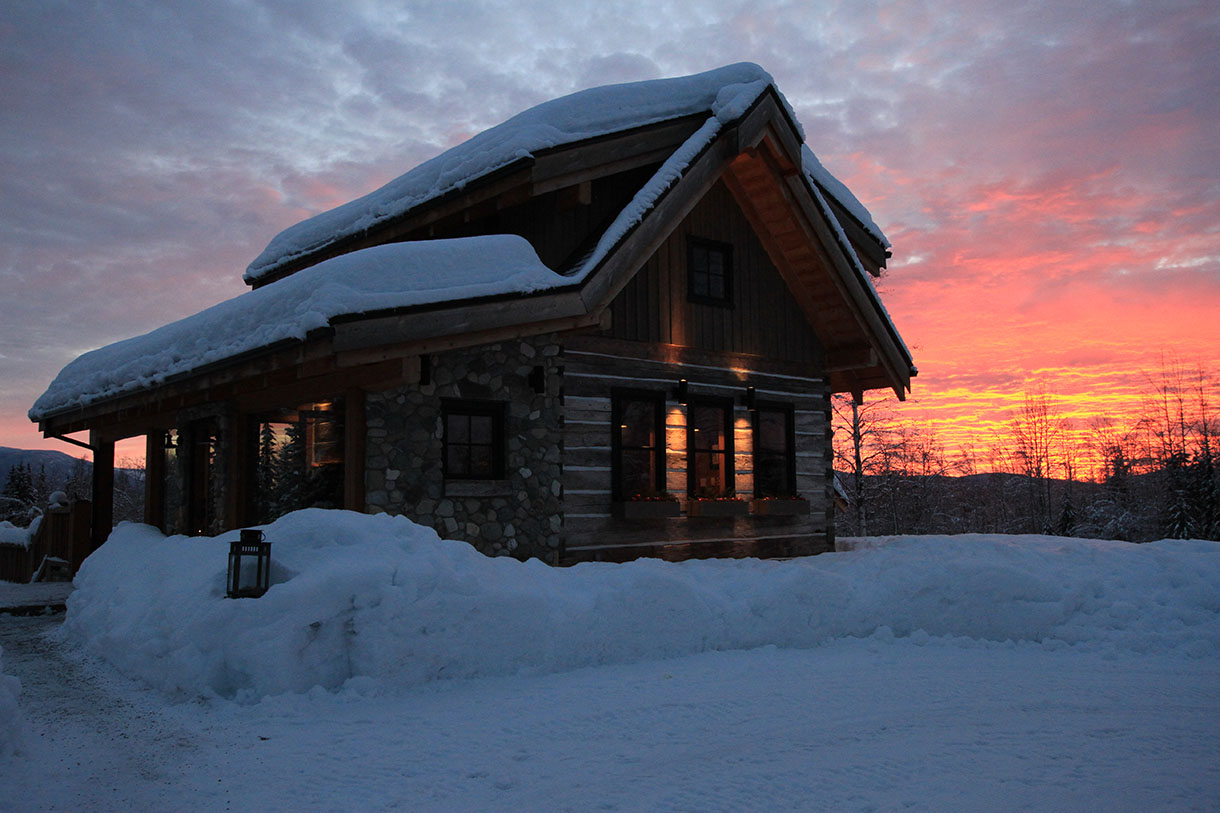