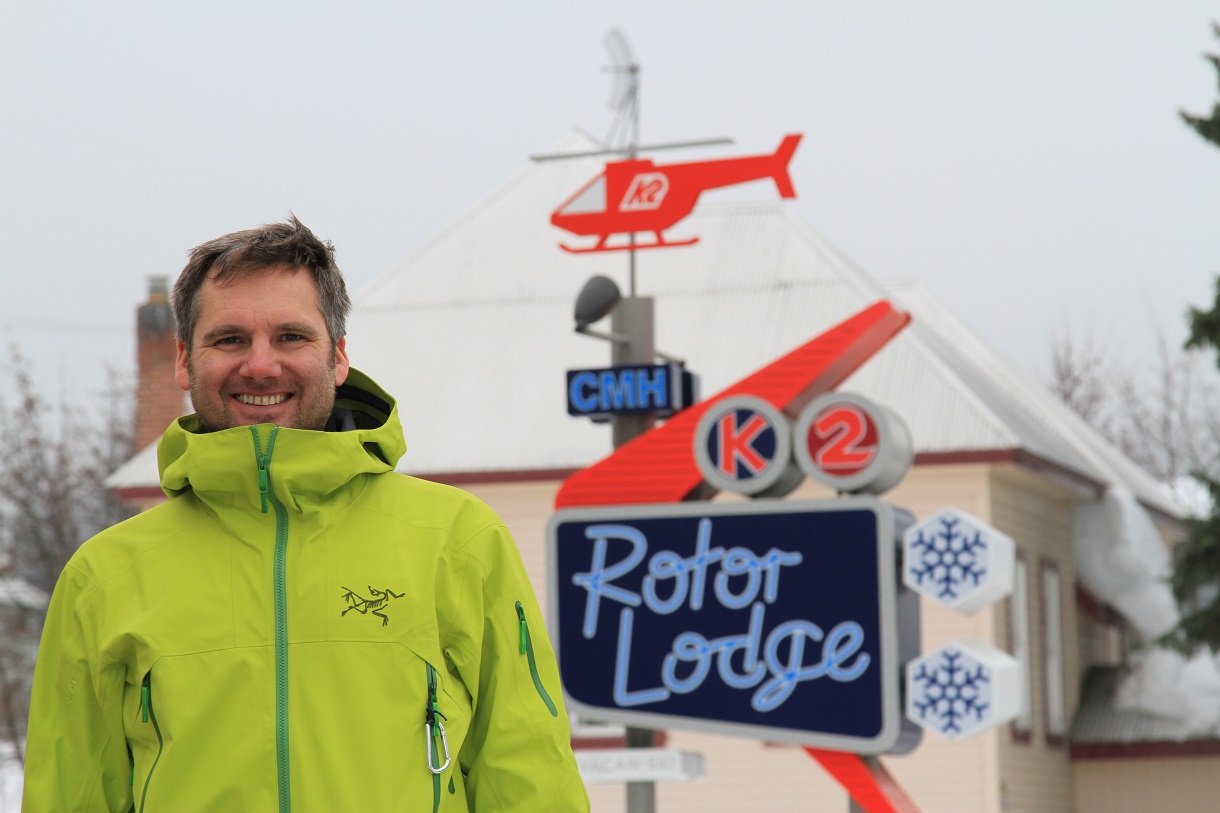 Who would have told us before that we get a few K2 skis for a week of heliskiing as a gift, we would have declared crazy. But it’s true! Probably because these guys from K2 and CMH are crazy – crazy about powder skiing.

If you go heliskiing in Canada at the newest CMH Kootenay Lodge – formerly CMH K2 Rotor Lodge – you actually get a pair of brand new K2 skis for free. Isn’t that crazy? But it’s not the only freaky thing at CMH Kootenay Lodge. Much is different there than at the classic CMH lodges in British Columbia: younger, cooler, more uncompromising.

As far as guiding and safety on the mountain are concerned, the same safety standards apply at CMH Kootenay Lodge as everywhere else in heliskiing in Canada. But apart from that, things are different. This starts with the location. CMH Kootenay Lodge is located in the middle of Nakusp, a pretty awesome town where freeriders are not the exception but the rule.

The programs offered are also perfectly tailored for true hardcore skiers: in addition to the standard program, the lodge includes Small Group Heliskiing, as well as Steep Shots and Pillow Drops Weeks. Often the CMH guides are supported by professionals. From time to time, photographers and sports filmmakers drop in to teach skiers and snowboarders everything they need to know for perfect photos and videos of their favorite sport.

The playground of K2 guests are the Selkirks and Monashees, in other words two of the best heliskiing areas in the world. Between 1,060 and 2,880 meters above sea level, the terrain covers 1,155 square kilometers with nearly 300 mapped runs. Best of all, this magnificent CMH Kootenay Lodge area is covered by an average of 18 meters of snow per year!“

After cool runs in the hot springs

Nakusp is famous for its Hot Springs. The springs are ideal for relaxing rock-hard thighs after an epic powder day.