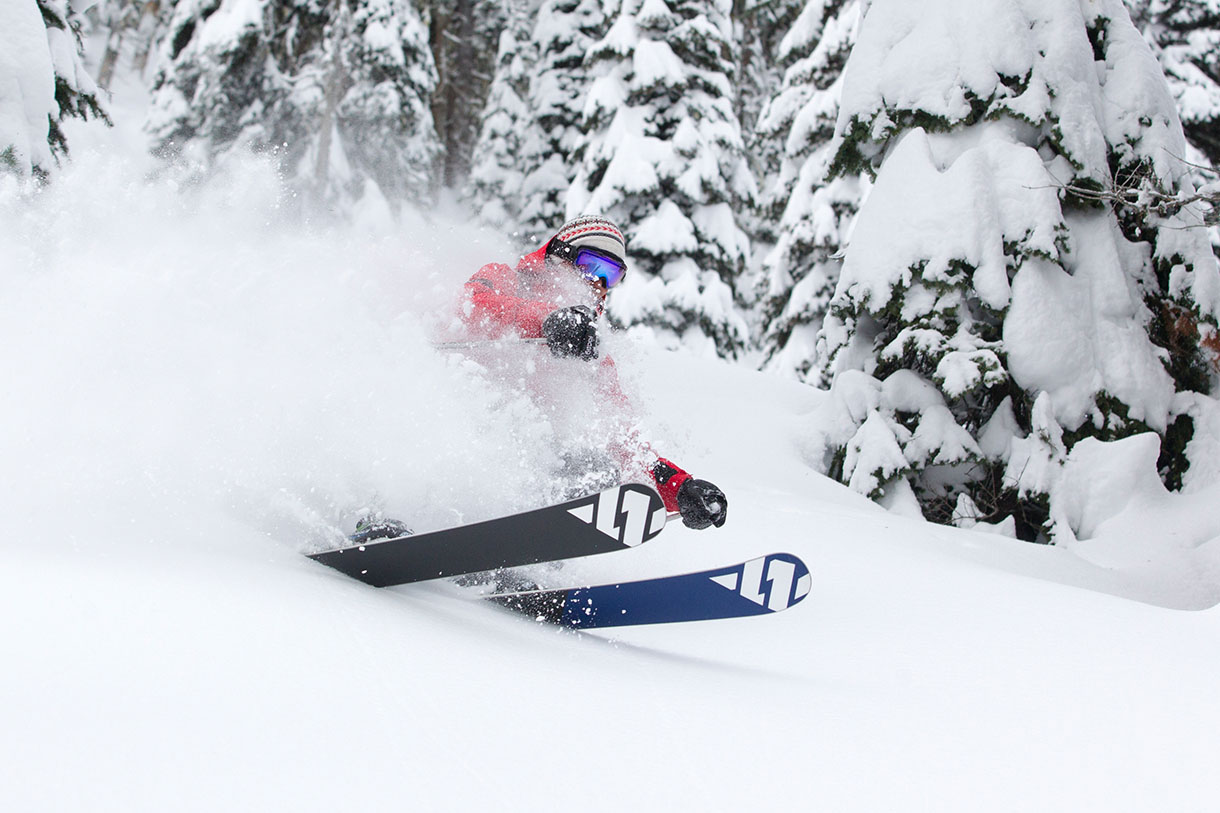 Even at the best ski resorts in North America, there are sometimes, if only very rarely, days like this. Days on which the snow seems to stick better than any Pattex. One too warm night and even the most beautiful powder is gone. Deep sulz or cardboard snow – „with glue and honey under the base“ – probably the most unpleasant skiing experience for any skier. SKI KANADA, SKI USA and the German Ski Instructors Association (DSLV) show that such a day does not have to end in disaster and how best to prepare for such conditions.

Before you venture out on the slopes on a day with cardboard snow and sulz, you should wax your skis well and preferably always have a tube of kerosene wax in your pocket, otherwise you might still get stuck in the snow. If you are going too slowly, you will also get stuck. With a little increased speed you can overcome the frictional resistance and it is easier to turn the ski in the snow, of course, all within the limits of your skiing skills. Try skiing medium to larger radii close to the fall line, this will further reduce friction.

– when changing turns: a backward upward movement allows the skis to float and relieve pressure = „“jetting““
– Turning the upper body forwards in the new direction of the turn supports the turning of the skis = „“turning on““
– Jetten and Andrehen -> with driving force and controlled movement dynamics the high turning resistance overcome
– Tighter leg position and even weight distribution -> prevents sinking in on one leg
– high body tension -> facilitates effective transfer of movements to the skis

Relieve the ski in the turn by braking a strong upward movement. If the snow is very difficult to turn, an additional backward upward movement increases the ski relief = „“jetting““. Turn the upper body at the same time in the new direction of the turn, this supports the turning of the skis. The canting movements are used only as sparingly as possible to build up surface pressure and better control snow resistance.

Next: Turning in icy snow conditions