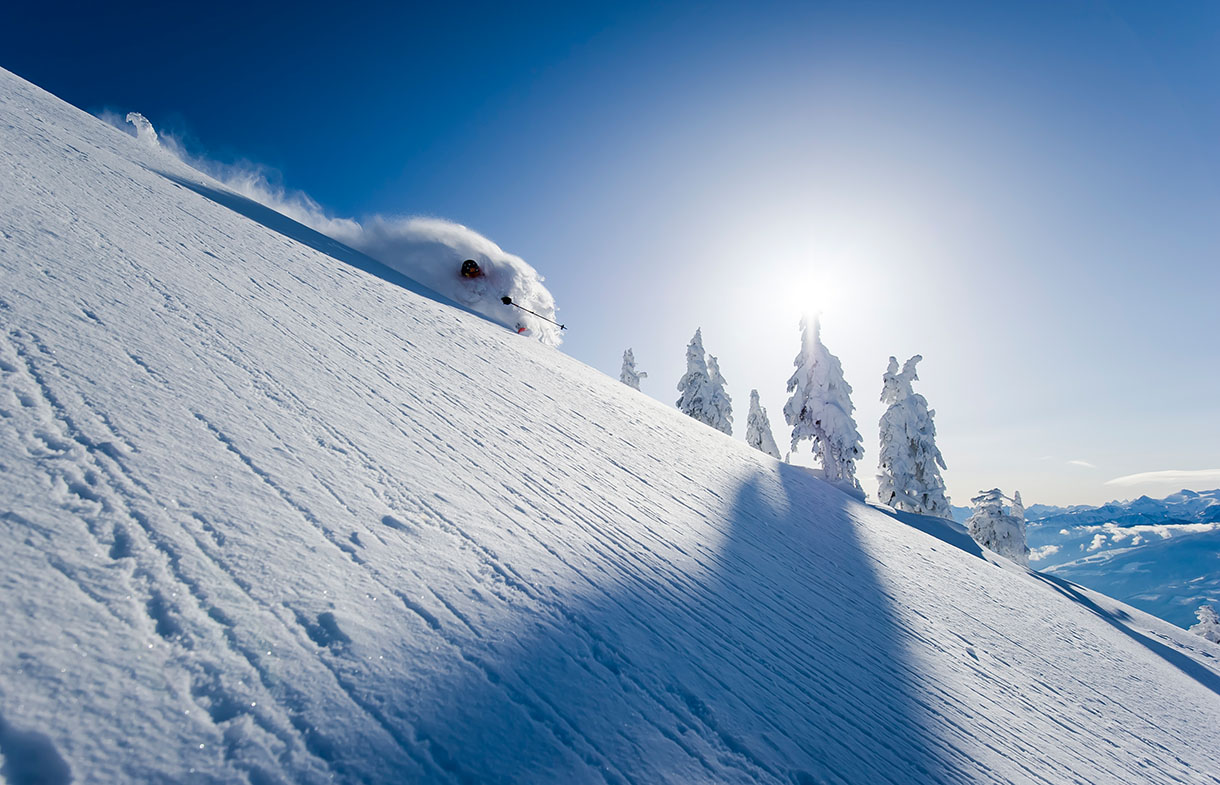 The most important basics for steep slope skiing

In addition to fantastic powder snow passages and adrenaline-pumping treeskiing slopes, the steep slopes are probably THE flagship of Canadian ski resorts. Skiing on steep slopes requires the utmost concentration. It depends on the moment of the turn, on the radii and on the angles of the turns. To be able to cope with such steep slopes, you should be confident and respectful on the boards and follow some basics. SKI KANADA, SKI USA and the experts of the German Ski Instructors Association (DSLV) show how it’s done.

Steep terrain does not change the sport, in principle you do not ski differently than on the flat, but it depends even more on the technical subtleties and some peculiarities that should be taken into account. It is important to be mentally prepared for this task and to approach the challenge of steep slopes without fear, but with the necessary respect and concentration.

Steep slope skiing: these are the basics that beginners and advanced skiers should keep in mind

First look at the steep slope from below or the opposite side, you can divide it into stages and locate possible stopping points. It makes little sense to immediately „“rush““ into a steep slope. In flat terrain, mistakes are still forgiven without consequences, so you should take the opportunity to practice the technique again and only venture onto the slope afterwards.

Footwork is the be-all and end-all

Edging and steering across the fall line comes from the legs, because on steep slopes the window of opportunity to change turns and steer turns is much shorter than on flat slopes:

– Speed control through increased pressure on the outside ski.
– Body center of gravity is slightly lower and load goes towards the ball of the foot
– Short phases without pressure & curve changes with as little pressure loss as possible
– Quick pressure build-up on new outside skis allows for optimal speed control.

When building up pressure quickly, it is important to make sure that there is a clear forward movement in the direction of the new turn when changing turns. This requires more effort and courage on steep slopes than on flat slopes, so take the opportunity to train on flatter slopes. But how do I learn to ski steep slopes?

Build up more pressure on the outside ski

Increasing pressure means decreasing the contact area and loading with body weight + significant canting movement from the legs
– Canoeing: Both poles are held in the upper third and the „“paddle““ sticks down into the „“water““ on the outside of each turn.