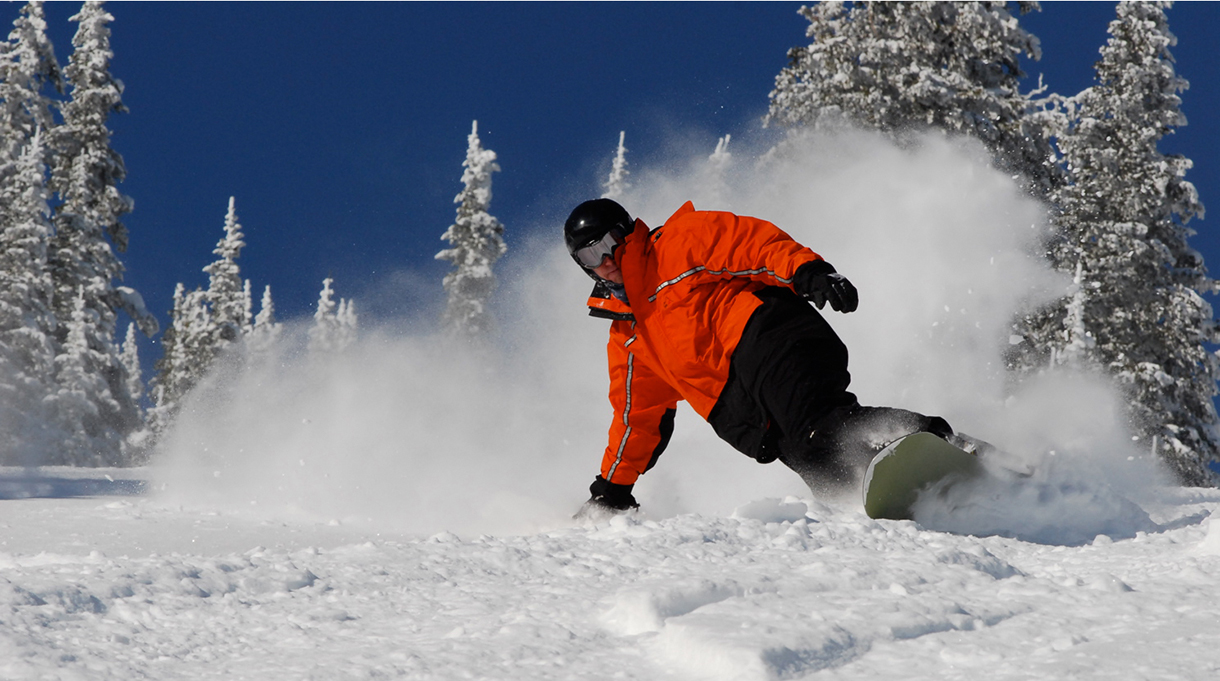 At higher speed, the amount of lean can be increased. This enables powerful movements in powder.

The speed can be changed very easily via the track position. If you ride closer to the fall line, you have to turn less. As a result, you reduce the upward movement that is often necessary for edging at slow speeds. The cornering position alone leads to the edge change. At too low tempo, on the other hand, you would simply fall over, as the edge sinks due to the low snow resistance.

Snowboard sinks in deep snow – What to do?

You lean too far into the turn and fall over. Due to a too high edge angle the board dives in the soft snow. You need to flatten the board to provide more contact area and create better lift.

There is a direct correlation between speed and lean angle. The slower you go, the smaller the amount of lean. Only when you increase your speed can you make more powerful movements and use higher cant angles to eventually be able to take more extreme lean positions in deep snow slopes. So get out into the powder and try it out!

You can only learn to powder while powdering. Although deep snow skiing requires some precautions, it also offers a very special and intense experience.

The speed is increased to such an extent that the friction of the snowboard in the snow is reduced. You no longer have to shift as much of the load to the back leg. If you increase the speed further, the riding sensation resembles floating, which is made possible by the wide contact surface of the snowboard.

Next up: advanced powdering.

Getting up in deep snow

Standing up in soft snow is not easy, because the hands sink in slightly when supporting yourself. Therefore, create a small plateau by stamping movements with the snowboard. This compacts the snow and creates a relatively firm base. Then, with a lot of momentum, go up to the standing position.