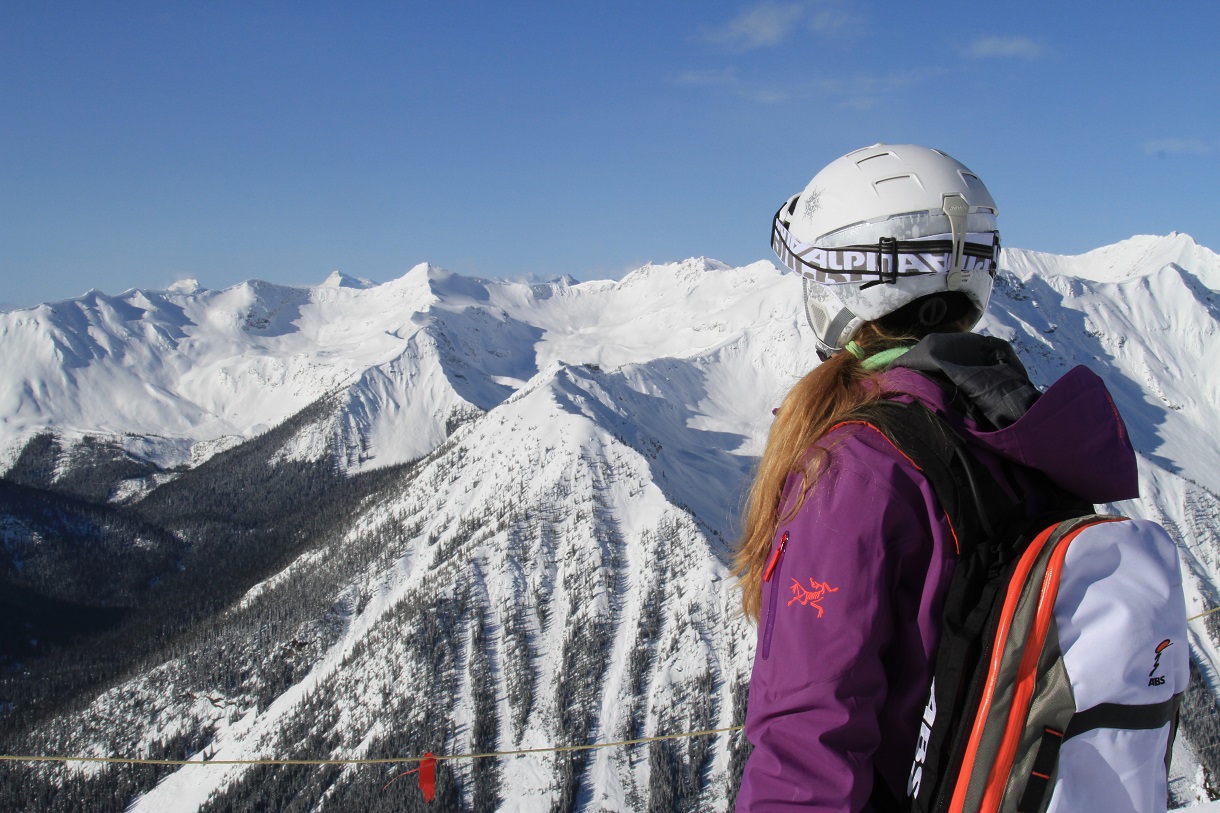 Kicking Horse is only for the saddle fit! Golden’s ski mountain has almost only steep and challenging runs: ideal for good boarders and skiers and as a warm-up for cat and heliskiing.

„The area of the Kicking Horse resort used to be a heliskiing area. The slopes and off-piste runs above Golden look correspondingly challenging. Almost half of the runs are for expert skiers only, who can reach magnificent steep slopes with short ascents.

The hub of the resort is the Golden Eagle Express Gondola. Directly from the resort with its hotels, restaurants and bars, it transports winter sports enthusiasts up the impressive ski mountain in twelve minutes. On the left, Terminator Peak rises into the sky, on the right Blue Heaven, which at 2450 meters is the highest peak in the ski area.

Right next to the top of the gondola is the famous Eagle’s Eye hut. Aside from a few intermediate runs, all the runs up there are marked black or even double black diamond. The longest run is ten kilometers down to the resort, which is 1190 meters above sea level. The run also passes what is probably Kicking Horse’s most famous resident. Boo the grizzly bear lives in an enclosure under the gondola.

Boo was a foundling who could not survive on his own. Biologists built the enclosure for him at Kicking Horse and nursed him back to health. In the summer, you can watch the bear from the gondola. In winter, Boo sleeps in a cabin. Sometimes, however, he wakes up early in the spring and suns himself in his secured and supervised enclosure while skiers and boarders are still rushing down the valley around him.

Heliskiing around the ski resort

Boo is not disturbed by this. Neither does the rattle of the rotors that can sometimes be heard near Kicking Horse. Purcell Heliskiing starts in Golden and operates on the ski area’s perimeter. The company is owned by Rudi Gertsch, one of the pioneers of heliskiing, who was one of the first CMH guides with heliskiing inventor Hans Gmoser around 50 years ago.“

Dream panorama at Kicking Horse: Golden’s ski area used to be a heliskiing area. In Kicking Horse are also the Liftler Cowboys