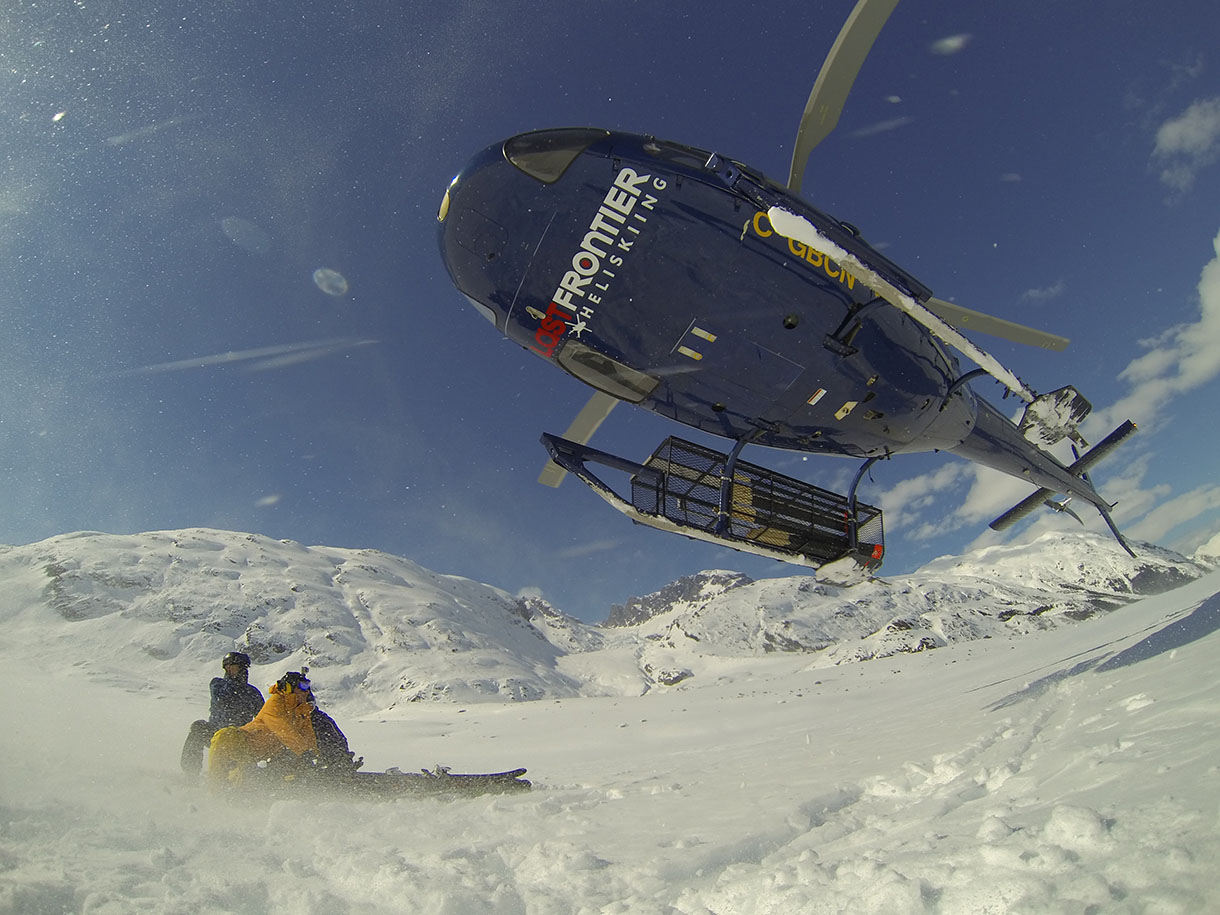 Last Frontier Heliskiing Bell 2 in the far north of Canada

Perhaps the largest heliskiing area in the world can be found by skiers and snowboarders in northern British Columbia. Last Frontier Heliskiing founder George Rosset invites powder addicts to Bell 2 Lodge on the Alaskan border.

Around the two Last Frontier Heliskiing Lodges Bell 2 and Ripley Creek, the terrain of the Swiss offers 9,500 square kilometers of endless glacier and forest runs. By comparison, an average heliskiing area in Canada has 2,200, Whistler just 32 square kilometers.

So there’s plenty of space and usually an abundance of snow for heliskiing vacations in Canada: around 25 meters fall every year! And this is shared by only a handful of winter sports enthusiasts. Last Frontier Heliskiing flies consistently only with small helicopters and groups of four plus guide, you can hardly experience heliskiing more exclusive. No wonder that the Last Frontier Heliskiing Lodge Bell 2 has fans all over the world. Among them are none other than Rosi Mittermaier and Christian Neureuther. The former German ski stars are regular guests at Bell 2, where they also join guests on their ski vacations in British Columbia.

Bell 2 is the more luxurious of the two bases. The lodge is located directly on the highway to Alaska, which, however, has very little traffic in winter. Far from the road are the rustic log cabins with the guest double rooms, which in addition to the normal heating also have nice stoves that you can fire yourself with wood. In the center is a small spa with sauna and outdoor whirlpool.

Last Frontier heliskiing lodges Ripley Creek and Bell 2 are located about 100 kilometers apart. On the Lodge to Lodge Safari, guests stay three days at one lodge and three days at the other. After three days of skiing in the first area, safari groups from both lodges meet in the middle while skiing, transfer and continue from there in the second area.

Last Frontier Heliskiing Bell 2 in the far north of Canada