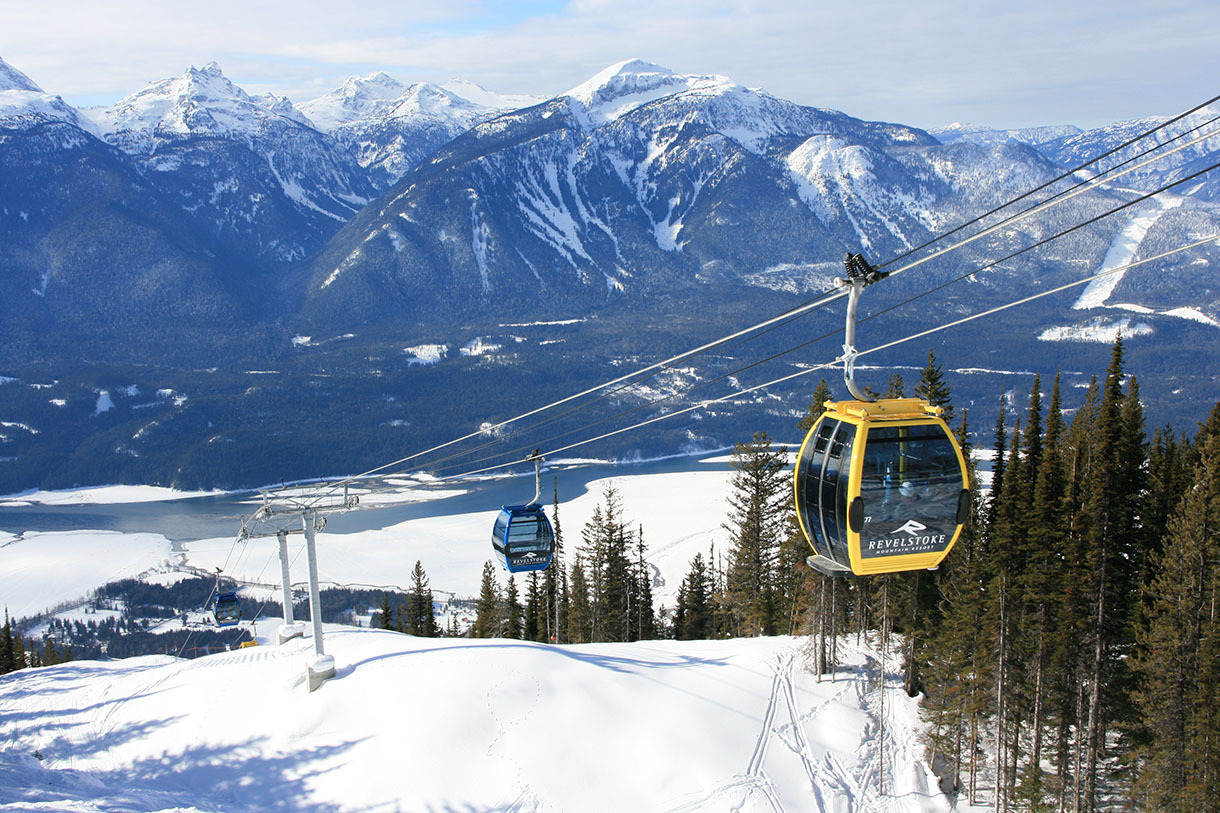 Revelstoke offers 3 in 1: heliskiing, catskiing and a ski mountain

Revelstoke is triple good! Because Revelstoke is the only winter sports resort in North America that offers heliskiing, catskiing and, since a few years, a normal ski area. And what a resort!

„The little town on the Columbia River used to be a wild freerider’s nest, its reputation as a heliskiing dorado legendary. But it was the expansion of the ski area on the western slopes of Mount Mackenzie that made Revelstoke complete. Now you can get in for the heliskiing adventure at Selkirk-Tangiers and on the slopes. For catskiing, the area has formed an exclusive partnership with experienced provider Great Northern Snowcat. In doing so, the old, less attractive program on the mountain itself has been replaced by a tour to more southern terrain about a 1 1/2 hour drive away. When booking a tour, transportation from Revelstoke and back is included.

The elevation gain of 1713 meters is a North American record, and the longest run is 15.2 kilometers. And our North Bowl is one of the most exciting playgrounds in the Rocky Mountains, Collin enthuses. In 2007, he came to the railroad town via the Powder Highway for the opening of Revelstoke Mountain Resort and stayed the same. „“Where else do you get up to 18 feet of snowfall a year and so many options?““ the 35-year-old asks.

The aft gondola leads to 52 slopes. From the 2460-meter summit, beginners glide relaxed down into the valley, while experts plunge down the variations of the North Bowl or racy moguls like Kill the Banker.

It had the name before the financial crisis, assures ski instructor Jenson. But he admits that they would have loved to kill many a financial hasher when RMR was on the verge of bankruptcy. Still, the Nelson Lodge at the bottom station was completed quickly. Other restaurants, bars, hotels, apartments and even luxury villas with their own helipad followed.

Heliskiing in Revelstoke: the ultimate adventure

The abundance of snow and great terrain make the Selkirk and Monashee Mountains some of the best heliskiing in the world, Andy murmurs. The taciturn guy with the minimal facial expressions is the Marlon Brando of the Rockies and one of the most experienced heliski guides in Revelstoke. At Selkirk-Tangiers, he guides deep-snow fans over the gigantic Monashee glaciers and forest runs where the champagne powder still tingles days after the last snowfall, just like on the first day.“

Racing on powder days gets expensive!

No question: On fresh snow days, everyone wants to get up the mountain as quickly as possible. In Revelstoke, however, you shouldn’t drive too fast. The local police love to speed on powder days on the access road to Revelstoke Mountain Resort. So be careful, otherwise it will be expensive!

Revelstoke offers 3 in 1: heliskiing, catskiing and a ski mountain